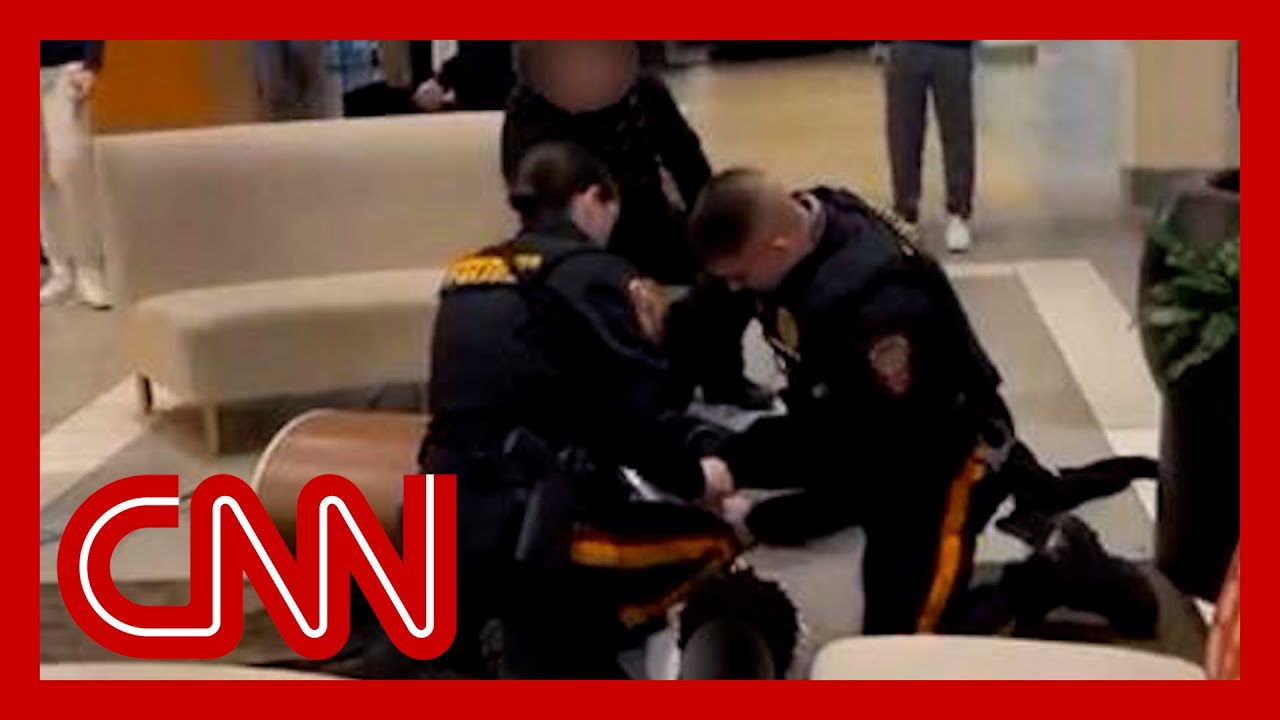 A video showing police officers breaking up a fight between a Black teenager and a White teenager at a New Jersey mall has prompted outrage over the police response.
New Jersey Gov. Phil Murphy said Wednesday that the “appearance of what is racially disparate treatment is deeply, deeply disturbing.”
The Bridgewater Township Police Department said in a Facebook post that they know video of the incident has upset members of the community. They have asked the Somerset County Prosecutor’s Office to investigate the incident.
“We recognize that this video has made members of our community upset and are calling for an internal affairs investigation,” the department wrote.