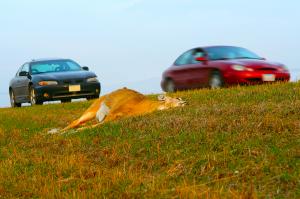 It takes two to get big game loaded up, who is your Roadkill Buddy? 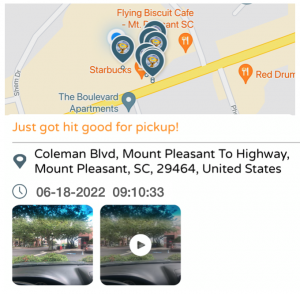 Click on a location marker near you, find out the roadkill condition. 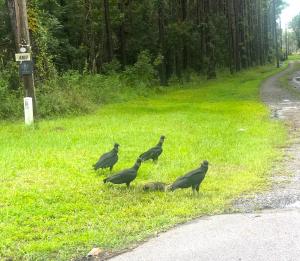 Our biggest game meat competitor is the Vulture, not each other

The “Roadkill Art” App has changed the image of roadkill from ‘disgusting’ to ‘edible’, with a rating chart for members to report the roadkill’s condition.

Pull it off the road, process it, grill it, eat it, then turn it into art, Roadkill Art”

MT PLEASANT, SC, UNITED STATES, June 25, 2022 /EINPresswire.com/ — It’s exciting to come up on deer or big game on the side of the road, if it’s fresh 100 pounds or more of meat can be processed and eaten. It’s also exciting to go to the “Roadkill Art” free app with the intent of finding fresh big game 5-10-20 minutes from a specific location already marked in the app. It’s now that easy to acquire big game, or any game, without a day of hunting just by checking the “Roadkill Art” app for daily reported roadkill.

When registering to use the app a notification will appear that says: “Roadkill Art” would like to access your Location?, choose either “Allow Once” or “Allow While Using App” in order to have a roadkill location marked on the ‘Map’ and in the ‘List View’. With Uber’s introduction of GEO Tracking the world has the ability to track a location, now including the “Roadkill Art” app, giving game meat lovers fresh meat right at the finger tips in an instant of time.

The best way to report roadkill in the app is to have a cell phone mount on the car dashboard facing out the front window with the app on the phone home page. When coming up on something slow down, touch the app icon, as the map appears touch the orange bar at the bottom of the page, the roadkill location is now reported. Next the app allows taking a picture of roadkill, up to a thirty second video with voice commentation and rating the roadkill’s condition by choosing one of 8 descriptions.

6. I pulled the hair on his belly, it did not come out, good to take.

7. It’s NOT roadkill he is alive he’s near the road.

8. Not fresh only good for the Vultures.

Download the app for a test report to secure quick use before coming up on that big game:

There is a distance icon at the top right of the ‘Map View’ and ‘List View’ pages, it is set on 50 miles. It can be adjusted to 5 miles or 5,000 miles, checking what’s been reported right in ones neighborhood or what has been reported as far away as Alaska. Curious who got that 1000 pound moose and how in the world they loaded it up, explore the videos. Ideally is having a roadkill partner, one person drives, the other person has their eyes pealed for roadkill while navigating the app. Team work increases the odds of being able to load up big game and keeps safety in working with any traffic when pulling over.

Our biggest roadkill competitor is not each other when it comes to getting to roadkill first, it’s the Vulture, referred to as the clean up crew by US Natural Resources and Wildlife Centers. The Vulture rids the landscape of deteriorating carcasses and helps curb the spread of dangerous diseases and bacteria. Their stomachs have strong enzymes that kill off dangerous toxins after ingesting and digesting roadkill, which stops the spread of chronic waist disease, botulism, salmonella and rabies to other animals and people.

Spending a lot of time on the edge of the road and in the road the Vulture itself turns up as it’s favorite food, roadkill. It has been concluded the Vulture is not good for eating they have a lot of bone and little meat, the meat they have is super packed with muscle fiber, which makes it super rubbery to chew and they are very gamey tasting. If you are determined to eat Vulture, try them in soup, put them in the meat grinder and make Vultureburgers enhancing the flavor with cheese, bacon or onions.

How many Vultures are we up against when it comes to roadkill? Our bird population numbers come from the Christmas Bird Count, a census of birds in the Western Hemisphere, performed annually by volunteer birdwatchers. The number of Black Vultures reported in US circles during the 2021-22 season was 86,611. Note this is not a population number, but an observation number. One day a year birds are counted so if we multiple 86,611 x 364 = 31,526,404, we have a minimum of 31 million Black Vultures in the United States. Counts do cover a lot of US land but not all of it, we can guess the number of Black Vultures is higher. Be quick to report all fresh hit game, we want to eat it before the Vultures do.

Once a roadkill report is completed a location marker instantly appears on the app ‘Map’, anyone can click on this location marker and see the exact location, picture and video of the roadkill. (see the picture above) The ‘List View’ is for quickly scrolling through all reported roadkill. When coming across roadkill or accidentally hitting an animal, report it, even if you take it you’ll be alerting others of a potential frequented crossing or location, if it is not taken you have made game available for someone else, even a soup kitchen, providing them with anywhere from 100 to 1000 pounds of meat.

“Roadkill Art” invites game meat lover’s and those who would like to give deer, boar, elk, moose, squirrel, raccoon, etc, a try to be a part of a unique community. The simple task of reporting roadkill in the “Roadkill Art” app can lead to providing meals, delicious game meat meals to a lot of people.

How to know if Roadkill is Fresh for Eating