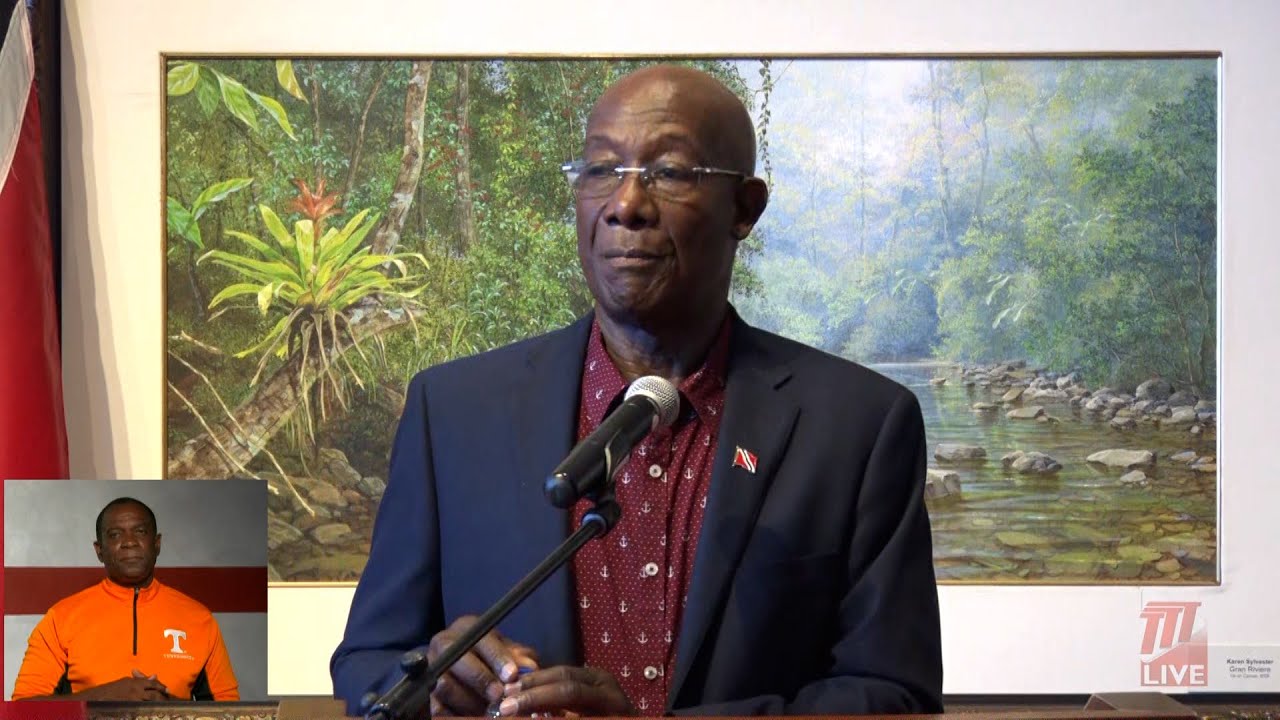 Prime Minister Dr. Keith Rowley said barring any unforeseen surge in any COVID-19 variant, it is Government’s intention to remove mandatory mask-wearing by the middle of this month and make it voluntary.

Prime Minister Rowley made the statement at the VIP Lounge of the Piarco International Airport this afternoon, shortly before leaving T&T for Suriname to attend the 43rd Regular Meeting of the Conference of Heads of Government of CARICOM, which opens tomorrow.

The Prime Minister said there will be discussions and focus on increased production of raw materials for food. He said countries like Guyana and Brazil have the land space to grow grain, wheat, soy, corn, rice, and livestock.

On meetings held in the United States during T&T’s participation at the Summit of the Americas last month, the Prime Minister said CARICOM Leaders made strong demands to meet US President Joe Biden, Vice President Kamala Harris, and other senior officials and were able to present their argument that the region is not being taken seriously and the time had come for that to change. He said at the Summit of the Americas, CARICOM Leaders brought up matters of financing, food security, and climate change, and the US Leaders were receptive. CARICOM now expects to see some specific results on some longstanding problems.

PM Rowley noted that he is chairing a Committee on inter-regional transportation (inter-island marine service). The Caribbean Development Bank is involved in discussions and he is hopeful to get a report on this initiative while in Suriname.

A follow-up meeting will be held in T&T in August to discuss investment in agricultural initiatives which came out of the recent meeting between T&T and Guyana. PM Rowley said “the rubber has hit the road now” as he noted that many are frightened by the difficulty in buying food.

PM Rowley addressed crime, saying Government is not satisfied that there has been an abatement. He said resources will have to be found, and more focus will be placed on dealing with this problem. He said it “is very discomforting” to know that law enforcement are now being confronted by armed men. This, after reports on an incident in Port of Spain where police shot and killed three men who shot at them. There was also another incident where four people were found dead along the North Coast.

On his health, PM Rowley said he had “some reasonably good reports” while in the US but was “advised to be concerned that I am to know a bit more” on issues with his prostate. He encouraged men to get examined, and noted that African men are particularly affected by this issue.

PM Rowley said he has no account in any bank outside of T&T.