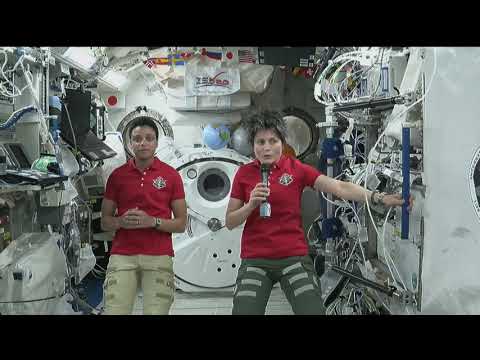 Aboard the International Space Station, Expedition 67 Flight Engineers Jessica Watkins of NASA and Samantha Cristoforetti of ESA (European Space Agency) discussed life and work aboard the orbital outpost during an in-flight event May 6 with CBS News and CNN. Watkins and Cristoforetti are in the midst of a planned four-and-a-half month mission living and working aboard the microgravity laboratory to advance scientific knowledge and demonstrate new technologies for future human and robotic exploration missions as part of NASA’s Moon and Mars exploration approach, including lunar missions through NASA’s Artemis program.

Get the latest from NASA delivered every week. Subscribe here: www.nasa.gov/subscribe