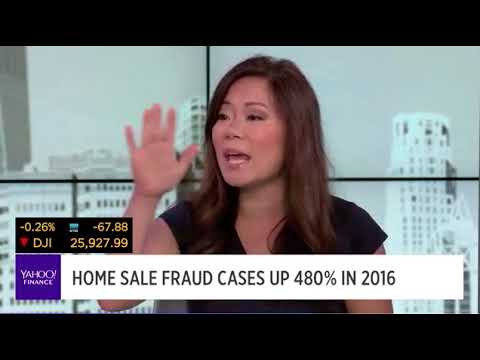 Homebuyers, beware: It takes the average single person 11 years to save for a down payment on a home, and in an instant it can be taken from you by hackers during your closing.

According to FBI data, there is a rise in real estate wire fraud as hackers target real estate brokers, title companies, and attorneys through phishing email scams that allow malware to monitor email and spot potential transactions.

When the prospective homebuyer is ready to close on their home and send money for a down payment, hackers send an email that mimics a bank or institution, and request the money to be wired through the click-through link. At that point, criminals attempt to direct the funds into multiple offshore accounts, where the money is difficult to trace.

In 2017, $969 million was “diverted or attempted to be diverted from real estate purchase transactions to criminally controlled accounts,” according to the FBI. And in 2016, the number of wire fraud cases jumped 480% from the previous year.

“We’ve noticed [these scams] growing three years ago and it’s been growing over that period of time,” says Melanie Wyne, senior technology policy representative of government affairs at the National Association of Realtors. “Three years ago, if I’d talk about this, only a few people in a room would raise their hands. Today, almost everyone raises their hand.”

The consequences for homeowners can be devastating. Scott Nadler, a mortgage broker at Loan Depot, said his client almost lost half a million dollars after her attorney’s email was hacked and the bank was instructed to wire money to the attorney’s escrow account, when in fact, it was going to hackers. The money was recovered but the hacker was never caught.

There are steps you can take to avoid your risk of hacking, Nadler says. Establish personal relationships with the people handling your home transactions, so banks and attorneys know who you are over the phone to double verify the transaction information and can confirm your identity before issuing funds. “Have a relationship with your banker, your attorney, so if you’re speaking on the phone, they know it’s you,” Nadler says.

The FBI recommends going so far as to make a code phrase over the phone to confirm and protect your identity. And whenever you communicate with, or send money to, a broker or attorney, make sure you’re uploading through a secure and encrypted platform and not your regular email, says cybersecurity expert Kevin Mitnick. Then call to confirm they’ve received your payments and messages.

Being vigilant of any suspicious activity can help protect you from losing your life savings—and your future home—to scammers.

If your in the market to buy a home contact Paul & Jodi Pelczarski who each have over 20 years experience as full time Realtors and have been working as a team for since 1997!