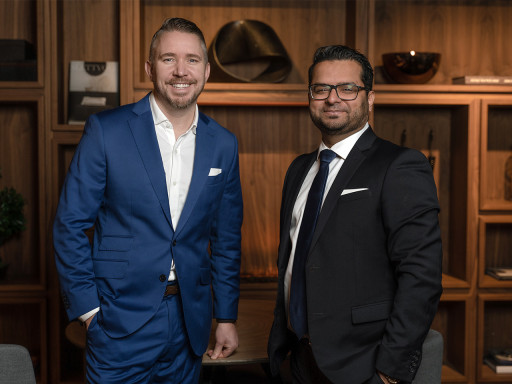 The Norway-based LegalTech startup Advokatguiden AS is gearing up to expand to more countries. Now the company wants to raise NOK 7 million at a pricing of NOK 42 million through a crowdfunding campaign on Folkeinvest.no.

Advokatguiden offers a platform for reviewing lawyers, similar to how Tripadvisor lets users review restaurants and hotels. All national lawyers are listed on the platform. Lawyers can claim their profile and enrich it with more information. The lawyer guide earns money by highlighting lawyers that pay for the service, while also introducing potential new clients to the lawyers.

After its launch in Norway in 2020, Advokatguiden has since expanded to Sweden, Denmark, Switzerland and the Netherlands. In 2023, the company will expand its operations to the United States and several other large European countries. The websites are marketed internationally under the brand "TheLawyerGuide.com". Now the company is raising money through a share issue on the crowdfunding platform Folkeinvest.no, which values the company at NOK 42 million, equal to approximately 4 million EUR.

"We want to raise capital to enable a successful launch in the world's largest lawyer market, which is the US. We are already in the process of increasing our European presence. The launches in Switzerland and the Netherlands were our first outside Scandinavia. We are in an exciting phase where we will launch in the UK, Italy, France and the US in 2023," says Ali Ahmed, CEO of Advokatguiden.

Ali Ahmed is a former lawyer and the general manager of Advokatguiden. He was hired earlier this year when he took over the position from the IT entrepreneur and former lawyer Erling Løken Andersen, who started the platform in 2020. Ahmed will now lead Advokatguiden's operations in the Nordics and realise the company's ambitious plans of international expansion.

"Advokatguiden is poised to become the world's largest lawyer review platform. We have a well-developed platform, which we will continuously improve and launch in new markets. The aim is to make a real breakthrough in the US and challenge the American lawyer market," says Ali Ahmed.

Since its start in 2020, TheLawyerGuide.com, which is the collective term for all the national websites, has attracted almost one million visitors across its three markets in Norway, Sweden and Denmark. The platform has also collected more than 3,000 lawyer reviews from verified clients, mediated close to 1,000 legal assignments and more than 1,000 lawyers have adopted the platform.

The crowdfunding campaign is now live on Folkeinvest.no and lasts until the 14th of December 2022. Anyone can invest in the round, with a minimum subscription of shares of NOK 4,200. So far, the campaign has raised NOK 3.7 million.