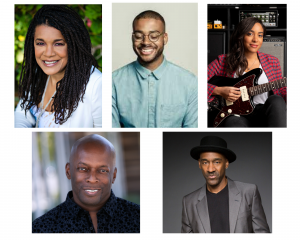 The goal of the AIMP DEI Committee is to keep the narrative going throughout the music community, to challenge our industry to make the changes we need.”

LOS ANGELES, CA, UNITED STATES, May 24, 2022 /EINPresswire.com/ — As part of the Association of Independent Music Publishers’ (AIMP) diversity, equity, and inclusion (DEI) initiative, the Los Angeles Chapter will commemorate Juneteenth with a virtual event on June 7th that will recognize the achievements of an esteemed group of award-winning Black film and TV composers.

GRAMMY award-winning composer and renowned jazz bassist Marcus Miller will moderate this superlative panel, which includes Kathryn Bostic (Amy Tan: Unintended Memoir, Toni Morrison-The Pieces I Am, Women of the Movement, Rita Moreno: Just a Girl Who Decided to Go For It, Black Art in the Absence of Light, Dear White People, Gem of the Ocean); Kris Bowers (Dear White People, Bridgerton, King Richard); Kurt Farquhar (The King of Queens, Moesha, Soul Food, Black Lightning, American Soul); and Amanda Jones (Home, Somebody Somewhere, American Horror Stories, Good Trouble, A Black Lady Sketch Show). The special guests will share personal experiences, behind-the-scenes stories, and their perspectives on the progress of diversity, equity, and inclusion across the entertainment sector, as well as discuss projects they are currently working on and their hopes for the future.

The webinar will begin at 11am PT / 1pm CT / 2pm ET and is free and open to the public with registration.

“The AIMP is fully committed to educating its membership on diversity, equity, and inclusion issues. I applaud the LA Chapter for leading this incredibly important initiative and hope it can transcend to the rest of the industry, as a diverse and accepting culture is paramount to the success of the music industry and beyond,” said John Ozier, National Executive Committee Chair, and Nashville Chapter President, AIMP.

“It’s great to see the Entertainment Business prioritize DEI initiatives worldwide as they work toward creating, fostering, and maintaining an inclusive work environment in their hiring, pay, and promotion practices. The goal of the AIMP DEI Committee is to keep the narrative going throughout the music community, to challenge our industry to make the changes we need by embracing inclusion, heightening our awareness, and providing a seat at the table for the next generation of leaders in our industry,” said Ginia Eady-Marshall, AIMP LA Chapter Board Member and Lead Chair of the DEI Committee.

Emmy-nominated composer and singer/songwriter Kathryn Bostic is known for her prolific work in film, TV, and theater. In 2016, she became the first female African American score composer in the Academy of Motion Picture Arts & Sciences. A member of the Television Academy of Arts and Sciences, Bostic was Emmy-nominated for her scores in the award-winning documentaries Amy Tan: Unintended Memoir and Toni Morrison-The Pieces I Am. Her end-title song for the latter, “High Above the Water,” was shortlisted for Best Original Song for the 2020 Oscars. Her film and TV credits include Clemency, Women of the Movement, Rita Moreno: Just a Girl Who Decided to Go For It, Black Art in the Absence of Light, Dear White People, August Wilson: The Ground on Which I Stand, Foster Boy, and Vinyl Nation, to name a few. She has also written for Broadway, most notably collaborating with August Wilson on Gem of the Ocean and other productions of his plays. Bostic has been nominated for many theater awards including the Ovation Award, NAACP Theater Award, and Drama Desk Award.

Kris Bowers is an award-winning composer and pianist whose works have been featured in films and TV series such as The Snowy Day, Dear White People, Green Book, When They See Us, Black Monday, Mrs. America, Bridgerton, Bad Hair, The United States vs. Billie Holiday, Space Jam: A New Legacy, Respect, and King Richard. Bowers has received Emmy nominations for Original Dramatic Score and Original Main Theme Music for Bridgerton, as well as an Emmy nomination for Original Dramatic Score for his work on Mrs. America. He also co-directed (with Ben Proudfoot) the Academy Award-nominated documentary short A Concerto is A Conversation, which was executive produced by Ava DuVernay.

In his career spanning three decades, TV and film composer, songwriter, and producer Kurt Farquhar has scored more primetime TV series than any other African American composer. He is the creator of classic theme songs and scores for such films and series including The King of Queens, The Neighborhood, Girlfriends, Sister/Sister, Moesha, Soul Food, In The House, Not Easily Broken, Stitchers, and Ned and Stacey, to name a few. Other credits include the series Black Lightning, The Neighborhood, First Kill, Proud Family: Louder & Prouder, and Sacrifice. Farquhar has also been called ‘the musical voice of BET’ for his work on genre-defining series including American Soul, Games People Play, The Quad, Being Mary Jane, Real Husbands of Hollywood, and In Contempt.

Emmy-nominated composer Amanda Jones is a standout voice amongst a new generation of television and film composers. She is the first African American female to have been nominated in the Primetime Emmy score category. Her credits include Home, Somebody Somewhere, Naomi, American Horror Stories, Nat Geo Presents: IMPACT with Gal Gadot, Good Trouble, Adventure Time Distant Lands, Cherish the Day, Twenties, A Black Lady Sketch Show, Beef House, Supernatural Planet, and Young Love, among many others. She is currently scoring the upcoming Paul Weitz-directed feature Moving On and The Perfect Find.

Multiple GRAMMY award winner and renowned jazz bassist Marcus Miller has scored more than 50 films including urban cultural classics such as House Party, Above The Rim, Boomerang, Low Down Dirty Shame, Two Can Play That Game, Good Hair, The Sixth Man, Deliver Us From Eva, Think Like A Man, The Great White Hype, This Christmas, Marshall, Safety, and Phat Tuesday. His work in television includes the iconic series Everybody Hates Chris and Reed Between The Lines. In addition to writing and producing hits for artists Aretha Franklin, Roberta Flack, Luther Vandross, Chaka Khan, George Benson, and Al Jarreau, Miller composed and produced most of Miles Davis’ GRAMMY-winning album Tutu, as well as the song “Da Butt” from Spike Lee’s School Daze.

The Association of Independent Music Publishers (AIMP) was formed in 1977 and has local chapters in Los Angeles, New York, and Nashville. The organization’s primary focus is to educate and inform music publishers about the most current industry trends and practices by providing a forum for the discussion of the issues and problems confronting the music publishing industry. The opportunity to exchange ideas and opinions with others on issues of mutual concern is fostered by the atmosphere at the AIMP’s monthly meetings, forums, and workshops, the videos of which can be seen (along with more general info on the organization) at www.aimp.org. 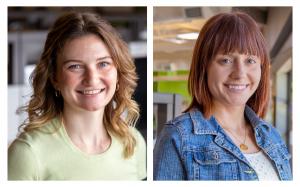 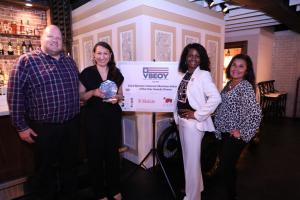 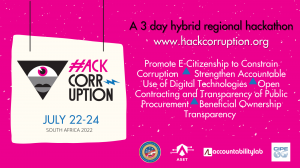 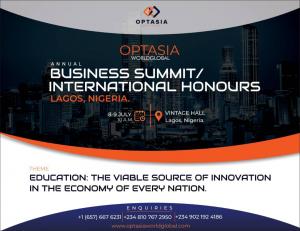